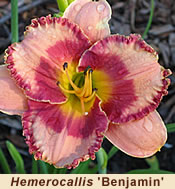 Shaw’s Sunshine Gardens, located on the corner of Lumpkin Road and Lumpkin Park Drive, is the home of Charlie and Debra Shaw. Charlie’s mother, Jane was promoted to heaven in April of 2012.  The gardens are a combination of eclectic freeform country garden and regimented commercial beds.  The heritage portion of the garden represents the efforts of Jane over the past forty plus years.  It contains a mix of varied perennials that include many older daylily cultivars along with roses, fruit trees and annuals that vary from season to season.  The commercial portion of the garden started life as a boarded-up foreclosure in June of 2002.  It has rapidly grown into a lush garden with bed after bed of daylilies.  Spring 2018 will bring over 200,000 plants representing almost 1200 cultivars.  God has smiled on us, as we have been able to acquire 5 contiguous residential lots totaling more than 2 acres.

Jane, the “senior partner” in this family garden and business, had a lifelong love of gardening.  She is now gardening in Heaven. She came by it naturally, a hobby and actually a way of life for her mother.  Having grown up on a farm, Jane and her mother brought their interest to this little urban corner of Augusta.  There are bits of horticultural history scattered throughout the garden.  These include an old fashioned rose from “Grandma Fox’s,” Jane’s mother and Charlie’s grandmother’s family garden.  There are other surprises to be found throughout the garden.  The forestry and county extension agents no longer marvel at the 50-plus year old white pine tree that dominated the front yard. Now only a decorative trunk remains.

Shaw’s Sunshine Gardens was designated as an American Hemerocallis Society (AHS) Display Garden in 2004.  We are extremely pleased to have achieved this level of recognition in a reasonably short time.  Charlie has also managed to successfully compete in multiple daylily shows in both Georgia and South Carolina.  He has brought home 5 AHS rosettes for best in section and 2 AHS sweepstakes awards.  He actually took home best in show at the Augusta show in 2007, 2009, 2010, 2013, 2014 and 2017. 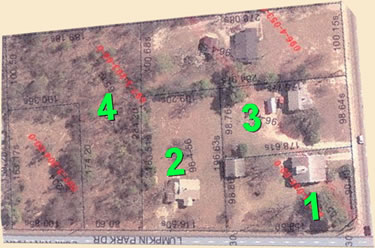 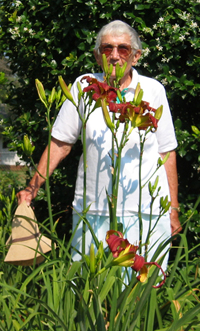